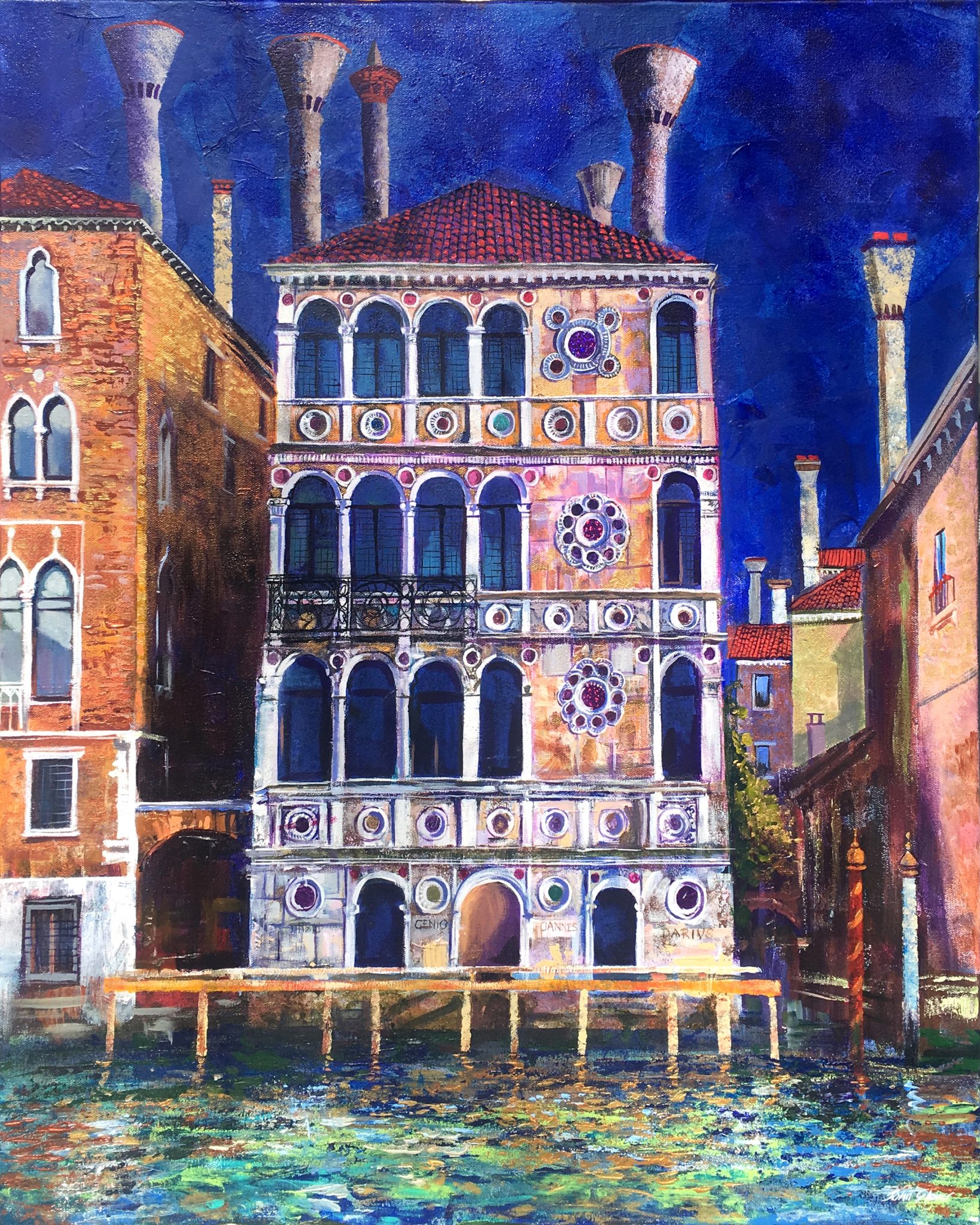 Along the Galloway Shore 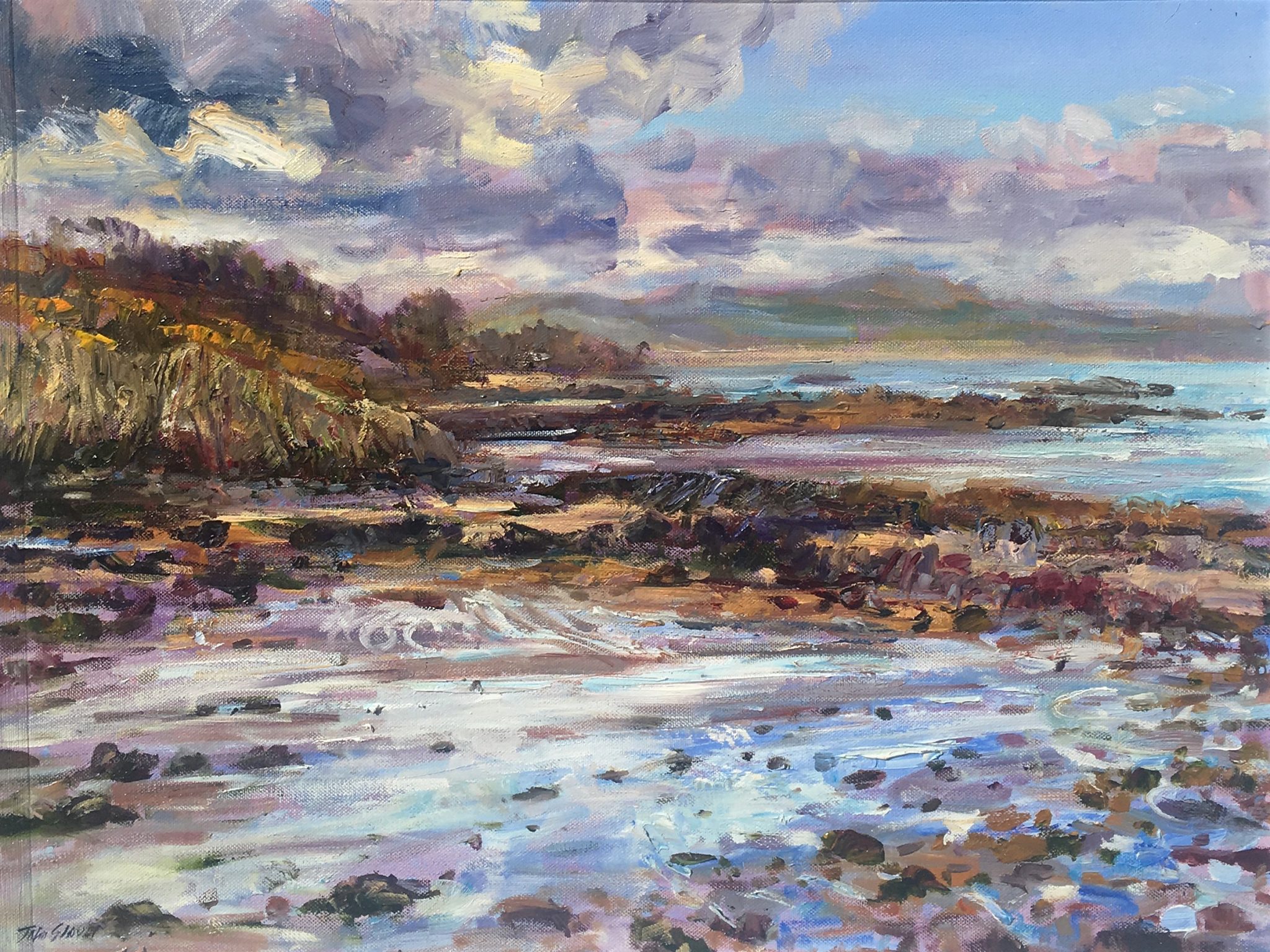 The Sun sets over Auld Reckie 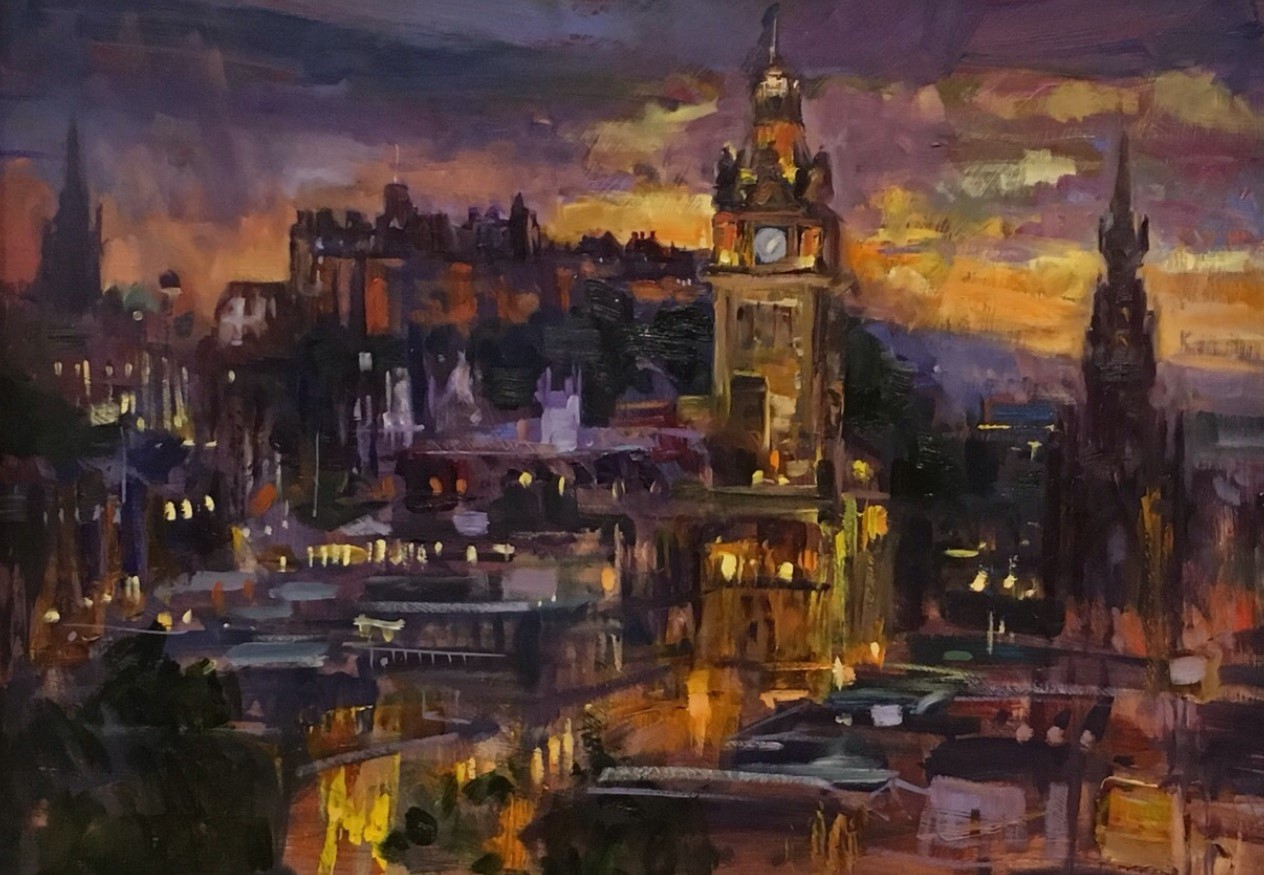 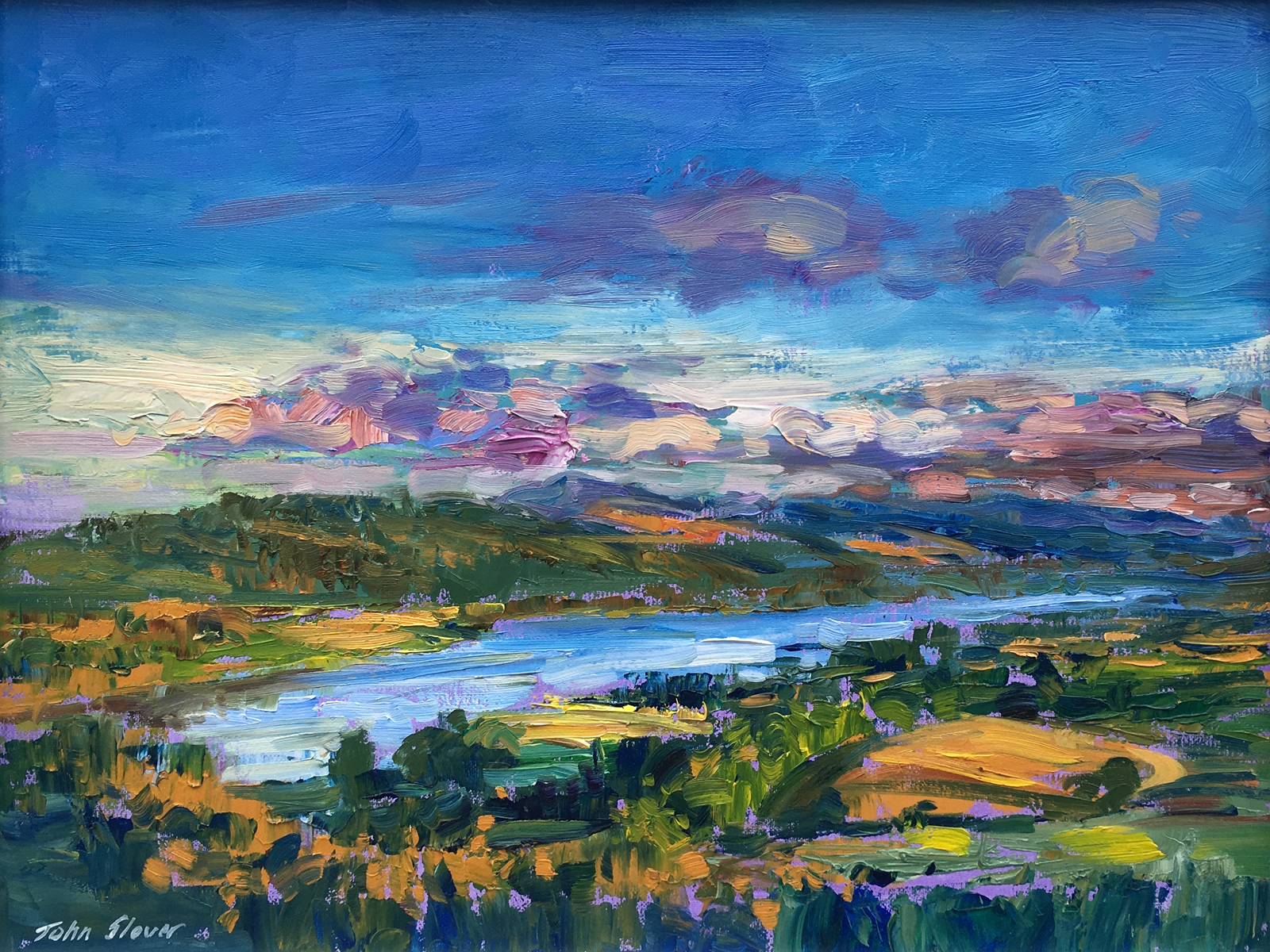 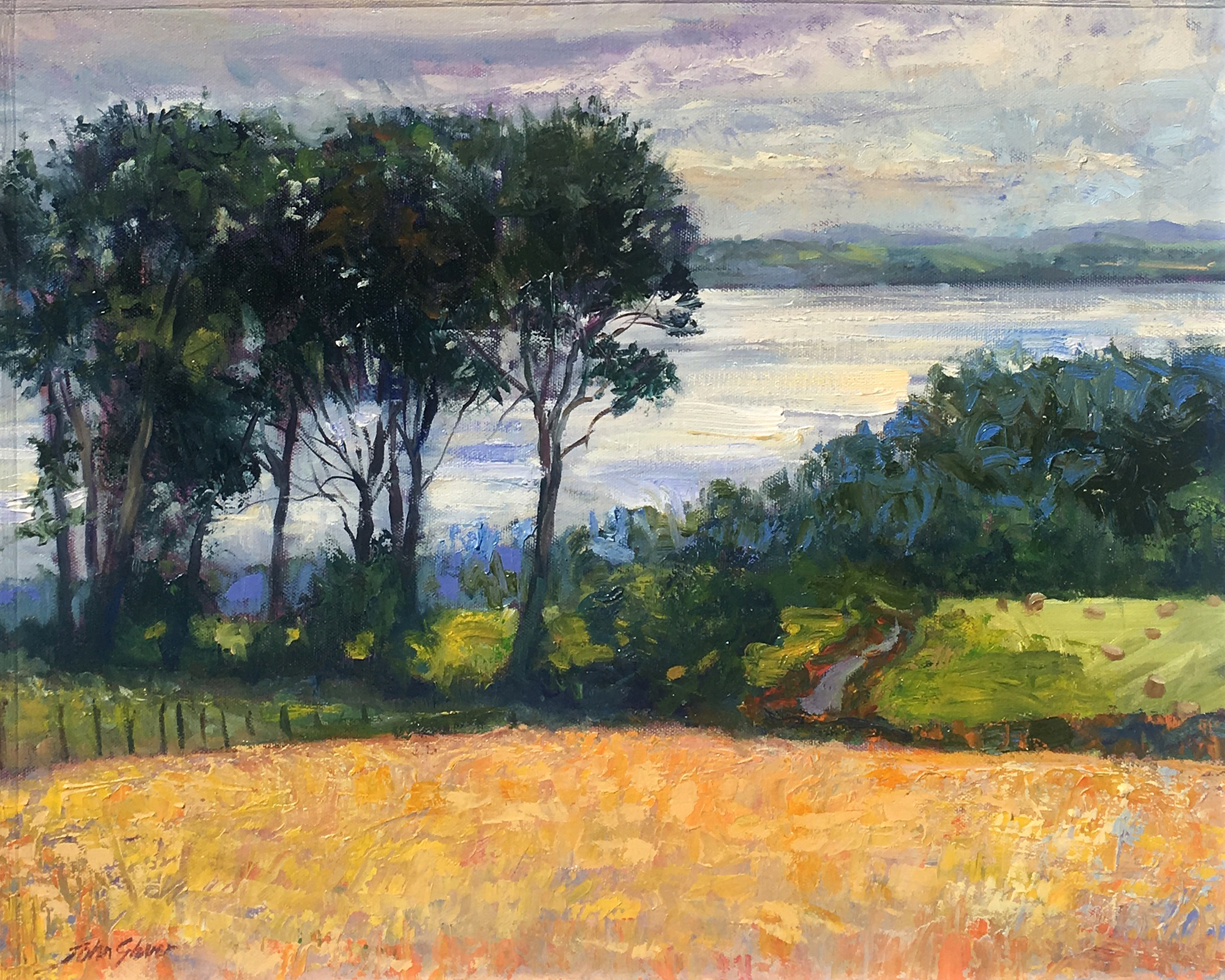 Born in Scotland in 1945, John studied at the Glasgow School of Art from 1963 – 1967 and at Jordanhill College of Further Education from 1967 – 1968. In 1992 he completed a BA Arts Degree with the Open University. Between 1970 and 1980, John worked as a freelance book illustrator in London for publishers Evans Brothers, Hamlyns, Oxford University Press and Macmillans.

From 1980 he concentrated on his love of portraiture and landscapes. He has exhibited at the Royal Society of Portrait Painters, the Royal Society of Marine Artists, the Pastel Society, and the Royal Institute of Oil Painters. In 1982 he was a finalist in the Imperial Tobacco Portrait Award. John works in a wide range of mediums including oils, gouache, pastel, watercolour and pen and ink.

He has painted people from all walks of life, from grand official commissions to smaller more intimate portraits. Recent commissions include Sir Brian Heap, Master of St Edmunds College, Cambridge and Dr. John Barratt, Headmaster of The Leys School, Cambridge. In landscapes, his work ranges from the windswept Scottish beaches and hills and large East Anglian skies, to the glowing colours of France and the play of light on water and architecture in Venice. John teaches his own private day schools on portraiture, life-drawing and landscape painting. He also demonstrates regularly to art groups and Societies.